Felice Anno Nuovo! Feliz Año Nuevo! And Happy Frickin’ New Year!
That’s Italian, Spanish and American (no, not English) for Happy New Year! For those of you who don’t know, those are the three languages I (at least somewhat) speak.
As 2013 was quickly coming to an end, I made the decision to start a blog (much to my own chagrin?) –  I felt it would serve two purposes. First and foremost, it would give me a place to write and (hopefully/possibly/maybe) entertain a few people.
I’ve known for a while that I’m a good writer (confident, not cocky), and since getting over the hump of wondering if my writing sucked I’ve always truly enjoyed writing for people. Whether it be writing a gamer for a group of high school kids who hung the story I wrote about their triumphant victory over a worthy adversary on their walls, or writing the Army training story that PFC Schmuckatelli sent home to his mom in the Bronx because I asked him what his favorite part of being a soldier was and he said, “Blowing shit up, of course!” 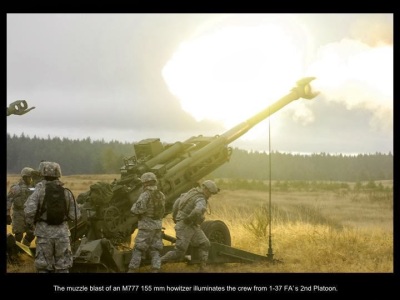 Or whether it’s a beautifully crafted piece on catching “the BIG one” or a local pastor providing a safe haven for kids to go to learn how to ride horses…I have always enjoyed writing for people.
Secondly, I see this blog as a place where people will be able to learn more about me, what I stand for and what I believe in.
Speaking of that, I believe New Year’s resolutions are dumb.
The vast majority of people (I’m willing to bet) don’t stick to them and only come up with a resolution because everybody else is doing it (see my last post about people being lemmings).
Why the hell do you need the calendar to flip to make a change? If you look in the mirror on October 15 and don’t like what you see then start making a change on October 15. Why wait to hit the gym or start running and eating better for another couple months? If you don’t like what you see today make the change now!
If you want to change your wardrobe – start today!
If you want to learn to speak another language – look up Rosetta Stone and buy that crap today!
If you want to stop cussing so fucking much – start today! (I’ve heard fining yourself a dollar per curse word helps, but I think that’s a bunch of shit)
My point is, there’s no reason to put all this pressure of holding yourself to a New Year’s resolution just to make a change. Most people fail at their resolution precisely because most people fail at their resolution.
If you simply decide to make a change because you know something needs to change and don’t put this extra B.S. about resolutions on yourself, then you’re making this change for yourself and you’re more likely to succeed.
I woke up one morning when my wife, Nina, and I first started dating and looked at a picture of myself and was disgusted with how fat I had let myself get. I made a decision that very day to lose significant weight. When we got married a couple years later, I had lost more than 80 pounds and probably saved myself from an early grave.
I didn’t need a New Year’s resolution to change – I found something more real to keep me motivated. And that’s exactly what we all have to do to make a change – find a reason, a real reason to improve yourself and make it happen.
However, if you’ve already resolved to change because it’s the beginning of a new year, then I encourage you to stick with it. Don’t be one of these suckers who does something for a week then goes back to his or her old ways. Change for your wife, your kids, your friends or whoever is important to you…hell, change for yourself if you have to, just make it happen.
Felice Anno Nuovo! Feliz Año Nuevo! And Happy Frickin’ New Year!
This is what Smitty Sayeth.