I’m also relatively understanding of people’s points of view that differ from my own. My years spent in the world of journalism have taught me that there are always two sides to every story and each person believes their side is the correct side. In most instances, each person can make a legitimate case for their point of view – no one side is more valid than the other.

But, man, there are some issues where I vehemently disagree with the opposing way of thinking and personally believe those on the other side simply have no leg to stand on. The right to bear arms is one issue where I fail to see any legitimacy in the argument of those who oppose the 2nd Amendment.

People are inherently afraid of things they don’t understand or are not used to. Our natural instinct is to attack this “odd” thing or idea. There are myriad of examples of this fear of the unknown or the different throughout human history.

A 500-man jury decided to kill Socrates because he had thoughts about gods, souls, the sun and moon that differed from the status quo of the majority of Athenians in 400 B.C.E.

Sixty years ago, a black couldn’t buy dinner at many restaurants or drink out of the same water fountain or use the same bathroom as a white man in most Southern states.

And two years ago, a gay person couldn’t marry his or her partner in our country (granted there are still states that don’t recognize gay marriage, but federally, it is legal).

I understand there are many differences between So-Crates (Bill and Ted, anyone? Anyone?), the civil rights of blacks and gays, and our 2nd Amendment rights. The key difference, which also links all three, is Socrates’ beliefs and ideas and the civil rights for the aforementioned had to be fought for – Americans have always had the right to bear arms.

Just to be clear, I understand we technically fought for the right to bear arms along with the right not to be taxed without representation and every other issue our forefathers outlined in the Declaration of Independence. I’m talking about post Revolutionary War and post ratification of our Constitution. From that time right up to today, all Americans have had the right to own guns – minus felons, the mentally unstable and so on and so forth.

It seems as though, now, we who are particularly fond of the 2nd Amendment are finding ourselves having to fight as hard to keep that right as Plato did to keep the teachings of Socrates alive, as blacks did to ride in the front of a bus, and as gays did to be able to marry the one they love.

Unfortunately, many of the states that were leaders in legalizing gay marriage are the same states that are spearheading the push to eventually make us a gun-free society (see Massachusetts, Connecticut, New York and California). People such as former New York City Mayor Michael Bloomberg, California Senator Dianne Feinstein as well as VP Biden and President Obama have taken a horrific tragedy – the Sandy Hook Elementary shooting in Newtown, Conn. – and turned it into a political platform, which is one of the most despicable things I’ve ever seen a politician do.

But we all knew Obama wanted to take our guns from us well before Sandy Hook; it didn’t surprise those of us who were paying attention. Obama, Bloomberg, et al tried, in the year that followed Sandy Hook, to re-institute an “assault weapons” ban, which is absolutely laughable. The only things that makes a rifle an “assault rifle” are a few cool-looking add-ons. It’s a complete lack of understanding of what the fuck he’s talking about.

Once it became clear most of the country didn’t side with him on all these weapon restrictions, Obama had John Kerry go and sign some joke of a UN treaty that would essentially give him the international right to take our guns (check out this guy’s blog about it). 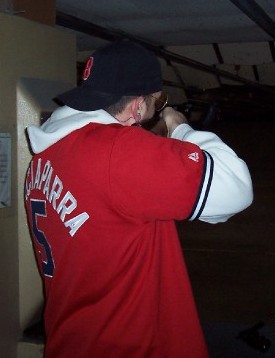 I find it funny that people like Feinstein and Biden, who don’t know the first thing about guns, are the ones trying to ban them. Having these people spearhead this ridiculous breach of our rights is like having me teach a calculus class – I don’t know the first thing about calculus (what does “sin” mean, anyway?), but I can sure as hell shoot a gun (watch me prove it!).

I find it ironic that the states with the toughest gun laws are the ones with the highest rates of gun violence (see Chicago, DC and NYC). To me, it’s a very simple concept: If I’m allowed to carry a gun (which I do, frequently) and/or have a gun(s) in my house to protect me and my wife then ne’er-do-wellers will think twice about messing with me or breaking into my house.

However, if the criminals (WHO GET THEIR GUNS ILLEGALLY, B-T-W!!!) know we live in a city where carrying a concealed gun (Chicago) or even owning a gun (DC) is against the law, the chances are I’m a law-abiding citizen and am defenseless against a crook with a gun…now I’m a target because some politician thinks he/she knows the best way for me to protect me and mine. Kindly, fuck you.

My relative, Lt. Benjamin Cragin of the New Hampshire Militia, put his life on the line back in 1777 so we all had the freedom of choice when it came to our personal defense (as well as every other freedom we now enjoy as Americans). Since then, many in my bloodline have fought to preserve those rights.

Though I don’t always 100 percent agree with the NRA (I don’t believe 100 percent of what’s in the Bible, either, but I still believe in God) I do believe in the vast majority of what they stand and fight for, which is why I am and always will be a lifetime member of the NRA. Hunting and shooting for sport are just as important to me as the ability to carry a concealed weapon…all three aspects of owning guns are under attack by a select few who are supposed to represent the people.

These people want you to believe that the majority of the American populous do not want others to own guns…this study shows just the opposite. It says Americans own an estimated 270 million guns, which works out to 89 guns or so per 100 people…that’s the highest ratio in the entire world!

The people have spoken – they like their guns and the government can’t have them!

I’m with ya, people…so Smitty Sayeth.