So I’m sure this has been done 100 times, but I’ve never done it – so here is my starting lineup for the All Star Hollywood Baseball Team. Just a side note, all the players had to be fictitious, though most are based on actual players. Let me know what you think of my list and let me know who you think I missed! 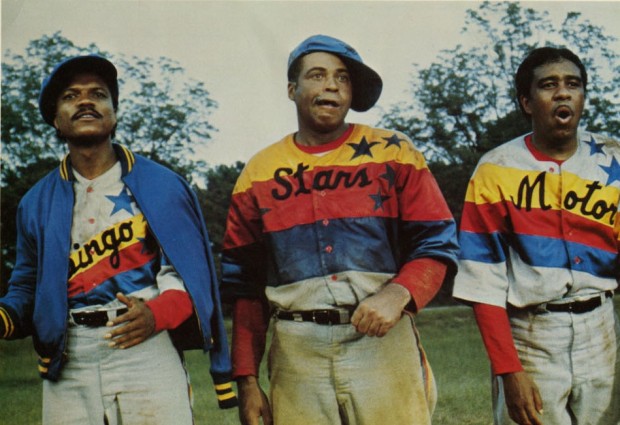 Manager
Morris Buttermaker (Walter Matthau) – “Bad News Bears”
Reasoning: Just take a look and see what he did with that gang of misfits! If he could take that bunch and make winners of them, imagine what he could do with these guys!

1. “Esquire” Joe Callaway (Stan Shaw) – CF – “Bingo Long”
Reasoning: His character was modeled, at least loosely, after Jackie Robinson. He plays the outfield where Robinson played second, but Callaway is so good he’s offered the chance to break the MLB color barrier – in the same way Robinson did – and he takes it. Callaway is one of those raw country talents that baseball doesn’t see much anymore (Mickey Mantle was one of those types of guys). He’s a hustler, has an amazing glove (greatest catch of forever and all time? Watch it here and start at the 3 minute mark) and therefore bats lead-off for my squad.

2. Dennis Ryan (Frank Sinatra) – 2B – “Take Me Out to the Ballgame”
Reasoning: First and foremost, this character was created in the likeness of Johnny Evers of Tinker-to-Evers-t0-Chance fame. He, of course, was a Chicago Cub so, naturally, I’m a fan. He’s a key cog in back-to-back championships in the movie so that’s enough for me to slot him in the 2 spot.

3. “The Whammer” (Joe Don Baker) – LF – “The Natural”
Reasoning: The Whammer’s character was taken after The Sultan of Swat himself, Babe Ruth. With that in mind, slotting him third in this lineup is a no brainer. Though he did get embarrassed by Roy Hobbs during a train ride, I’m very good with him on my squad.

4. Leon Carter (James Earl Jones) – C – “Bingo Long”
Reasoning: Carter, played by the great JEJ, most closely compares to Josh Gibson who was one of the greatest power hitters casual baseball fans don’t know. It was said he smashed well over 900 home runs during his Negro League career so if Carter was modeled after him then I’m more than happy to have him batting clean up for me. Plus, I’m pretty sure he started that crooked hat wearing phenomena well before Mike Cameron and Felix Hernandez (check him out in the picture above – he’s in the middle).

5. Roy Hobbs (Robert Redford) – RF – “The Natural”
Reasoning: How many ball players have been dubbed “The Natural?” Josh Hamilton, Bryce Harper, Mike Trout, etc, etc…Roy Hobbs was the original.  Not only was he a good enough pitcher in his youth to strike out “The Whammer” on three straight pitches, he was good enough to disappear from the game for years in the bottom of a bottle only to re-emerge as possibly the greatest hitter the game had ever seen. He once hit a ball so damn hard he knocked the cover clean off! (Martin Maldonado, anyone?) Then he hit a game-winning bomb waaaay up into the lights showing true light tower power. I’m thankful to have him on my team because not only can he swing the stick, I can bring him in out of the bullpen as well!

6. Jimmy Dugan (Tom Hanks) – 3B – “A League of Their Own”
Reasoning: When they wrote the part of Jimmy Dugan they may as well have just named him Jimmie Foxx. Alcohol ruined both of their illustrious careers and they both coached in the All-American Girls Professional Baseball League. Dugan, as was Foxx, was arguably the best player in baseball in his heyday – a power-hitting, hot-corner tender, I’ll take him any day on my team — we’ll just keep him away from the post-game celebratory champagne.

7. Joe Hardy (Tab Hunter) – SS – “Damn Yankees”
Reasoning: Though playing shortstop, Hardy was doing things that only Babe Ruth had done in his playing days. If I can get a SS who puts up Ruthian numbers, I’ll take that all day long!

9. Bingo Long (Billy Dee Williams) – P – “Bingo Long”
Reasoning: Not only was he the ring leader of a very entertaining group of players, Bingo Long was modeled after one of, if not the, greatest pitchers of all time – Satchel Paige. If Paige had pitched his entire career against whitey it is very possible pitchers today would be winning the Satchel Paige award instead of the Cy Young. Long, as did Paige, was so good he’d have his fielders sit on their gloves while he struck out the side…yes, please! 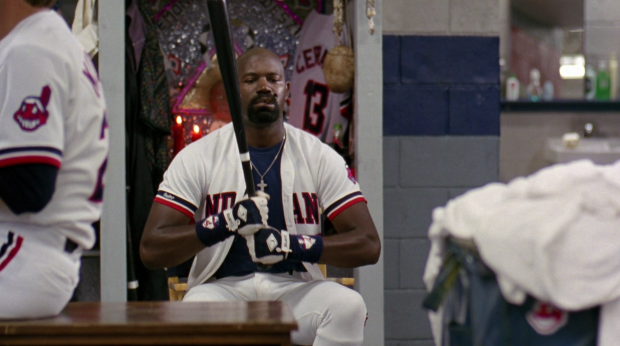 Alejandro “Butch” Heddo (Tom Milanovich) – 1B – “Rookie of the Year” — This guy just looks like he can hit the ball 500 feet. If he can catch up to his fellow teammate’s (Rowengartner) 103 MPH fastball, I’d love to have him come off the bench for me.

Jack Parkman (David Keith)- C – “Major League II” — Parkman is definitely an ass. Maybe he and Stan Ross would be BFFs. Say what you will, the man can hit and he’s a beast between the bags.

Max “Hammer” Dubois (Dennis Haysbert) – LF – “Mr. Baseball” — Dennis Haysbert is a busy man on my bench accounting for two players with one commonality between them – they both can hit the hell out of the ball. You can never have enough guys like that coming off the bench.

Benny “The Jet” Rodriguez (Mike Vitar) – CF – “The Sandlot” — We never really know what kind of hitter “The Jet” became at the Major League level. We do, however, know that man was F-A-S-T! Gotta love having this kind of speed coming off the pine for a pinch runner when you need a swipe…especially of home!

Pedro Cerrano (Dennis Haysbert) – RF – “Major League” — We might have to work on hitting the curve with Pedro, but if someone tries throwing a speedball by him, Pedro will put it way back up in the seats. Gotta love power off the bench. 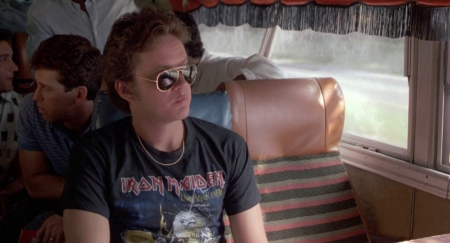 Bingo Long (Billy Dee Williams) – SP – “Bingo Long”
Reasoning: See above reasoning for his selection to be the ace of this staff.

Billy Chapel (Kevin Costner) – SP – “For Love of the Game”
Reasoning: He was one of the best pitchers of his era and capped off his career with throwing a (meaningless, well, as meaningless as a perfect game can be) perfect game. But one of the attributes that shines through during his perfect-o is his grit and determination. He battled through discomfort and did what he had to do to make history. His determination also shows when the movie shows his path to recovery from nearly hacking his hand off with a table saw.

Ebby Calvin “Nuke” LaLoosh (Tim Robbins) – SP – “Bull Durham”
Reasoning: Young and dumb, “Nuke” possess the kind of arrogance – and fastball – needed to succeed in the Major Leagues. He’d definitely be the kind of player Buttermaker would have to rein in a bit and keep under control. Maybe having Crash on the team would help keep him focused at least while he’s on the bump. Maybe Crash could be his personal catcher kind of like Eddie Perez and Greg Maddux.

Henry Rowengartner (Thomas Ian Nichols) – SP – “Rookie of the Year”
Reasoning: Having a 103 MPH fastball will take you far in the Bigs. He may be more suited for a closer role, but that “floater” would be a hell of an off-speed pitch and not wear out his arm too much. Plus, his youthfulness would do wonders for keeping the team excited all season long.

Henry Wiggen (Michael Moriarty) – SP – “Bang the Drum Slowly”
Reasoning: He was an ace pitcher for a New York-based team, which is hard to do even in a fictitious world. He’s a wicked smart dude (he wrote a book, apparently, which I guess makes him smart) and has a sense of loyalty (he made a deal in his contract that his best friend and catcher were a package deal – if one got demoted, they both did). A brainy ace pitcher with loyalty sounds like a solid addition to a rotation to me.

Chet “Rocket” Stedman (Gary Busey) – RP – “Rookie of the Year” — You can always use a solid vet coming out of the ‘pen. He knows how to strike people out (hence his moniker), and shows a knack for helping talk young pitchers through tough spots.

Roy Hobbs (Robert Redford) – RP – “The Natural” — Hey, he struck out “The Whammer” on three pitches!

Rick “Wild Thing” Vaughn (Charlie Sheen) – CL – “Major League” — Definitely has the kind of closer mentality I like to see. His “You know what I’m throwing, but I’m gonna throw it by you” approach worked well in the movie. Plus, if you crowd him, he’ll take your damn head off! Exhibit A – check out the pitch at the 40 second mark.

So that’s my team. Like I said, let me know if you disagree or if I missed someone!

This is what Smitty Sayeth…